Everything pertaining to deer.
Post Reply
10 posts • Page 1 of 1

Been trying to get my eldest boy to hit the woods with me. He has been caught up with running in the yard with his brother and catching lizards, very important items around our house. As I was leaving Saturday evening he told me he wanted to go so we made a plan, got it together, and hit the road.

We were running a bit later than I wanted to but not a huge deal. We get to the land, park, and I start loading up. I tote a blind, two camp chairs, rifle, and book bag packed with appropriate snacks. Get to our spot, fight the blind to get it set up, move it three times for the perfect spot, and then break limbs and things for shooting lanes. Finally get settled at 5:10 with plenty of noise made.

At 5:30 three does come into the plot. One really has my attention but it is too early in the sit to make that decision and she is content feeding on the oats. 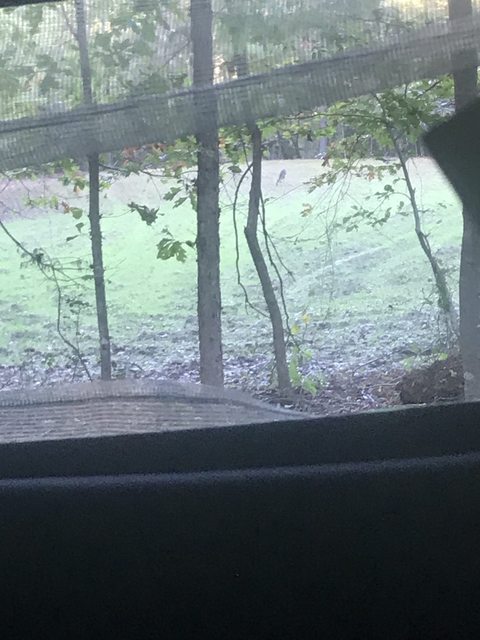 About ten minutes later I see a deer sneaking in from where the does came from and can see antler. I get the gun up and see a decent body so I tell the boy there is a buck. He gets a look at it and we get ready. Buck turns to walk back of plot, did not know it was there at the time but I think he was going to work a scrape in the back of plot I found when looking for blood. He steps into scope and I wait for shoulder and squeeze. He takes off running hard.

Does have no clue what has happened and stand around watching. Eventually they go back to eating nervously. After about 5 minutes or so their anxieties get the best of them and leave. We get up and start trailing.

Buck went about 50 yards and died on the run almost running into a tree. "We" started dragging with me on antlers and the boy with the back, top foot. Our first buck together, 7 pt 150-160 lbs. we are going to do an antler mount for his room. 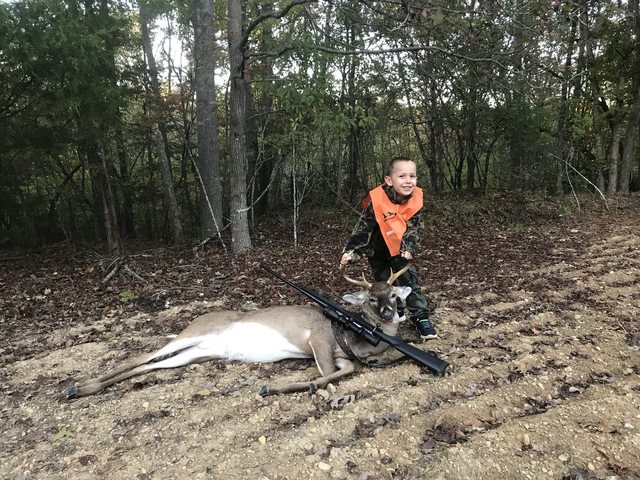 Congrats for showing your son how it's done right

That’s pretty much what it’s all about. Memories were made that will never be forgotten! Congrats to the young Man! Every time he looks at the mount he’ll have flashbacks (the good kind) of that day. Crazy awesomeness!
May I assume you're not here to inquire about the alcohol or the tobacco?
I am the man from Nantucket.
When attacked by a group of clowns...Go for the Juggler!!
Top

Incredible times right there, and as stated above. The dreams and memories of this will last forever !
Top

Users browsing this forum: No registered users and 3 guests